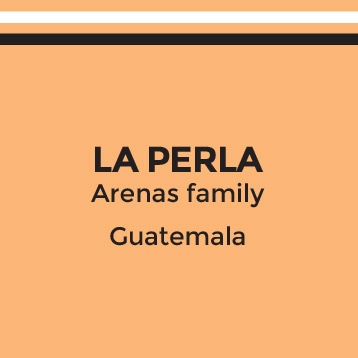 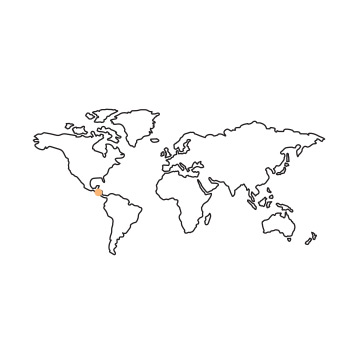 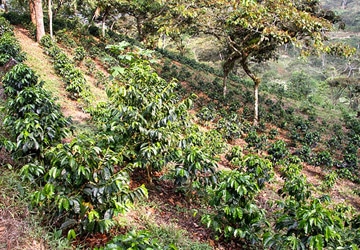 La Perla Estate (Finca in Spanish) is situated on the steep hills of Guatemala’s Western Highlands in a region known as El Quiché. It’s a region that is renown for both it’s indigenous culture and the sheer beauty of the landscape. The name, ‘La Perla’, comes from the Ixil (the local Mayan language) word for “Sleeping Woman”. La Perla has been producing coffee for 75 years despite experiencing conflict resulting from the civil war, which ran from 1960-1996. The fact that it was able to continue production is a credit to the courageous and determined workers, especially given that they were often caught in middle of the battles that raged between the army and their guerrilla opponents. The war itself had horrendous consequences for the local peoples. During the course of the war, thousands of civilians were tortured, killed, or simply ‘vanished’ – the direct result of the ‘scorched-earth’ policy employed by the Guatemalan Army. A UN commissioned study done in 1999, estimated that the State was responsible for 93% of the human rights violations carried out during the conflict – in contrast, it found the guerrillas were responsible for 3%. 83% of the victims were of Mayan heritage.

Once the fighting had ended, the owners of La Perla – the Arenas family, spent considerable time, effort and resources assisting local refugees. They provided them work, health care (such as vaccinations etc) and resettled them – often by reconstructing entire villages! They can be seen today, with numerous small settlements scattered throughout the Estate, cumulatively housing 2500-3000 local Mayan people.

Many of these local residents work on the farm, as well as growing foodstuffs to supply their own needs. The strength of the local community is evident in the 500 or so workers who have formed an association, who’s focus is to support and assist one another in order to raise living standards for all the residents.

La Perla’s coffee is grown at 1200-1800 metres above sea level, in a loose soil high in both clay and sand and overlying a limestone base. The Arenas family are meticulous in their approach to coffee production. The cherries are only harvested (by hand) when they reach perfect ripeness, following this they are wet milled and dried in the sun, or by mechanical means – the later being used when weather conditions aren’t favorable. Their dedication and passion has been rewarded time and again and has translated into a Presidential award at the 2006 Cup of Excellence awards as well making the auction final five times between 2001 and 2011.

Only 15% of the Estate’s vast territory is planted to coffee (Caturra and Bourbon), with around 30% reserved for native forest – these serve as a haven for local and indigenous flora and fauna. As well as coffee, the farm also grows cardamom, macadamia nuts and various other grains. In addition to the 5000 – 5500mm of rain that the region receives each year, there is an abundance of other water sources, including rivers (Ixtupil and Sacsiwan) and several natural springs; all of this water along with ideal temperatures guarantee exceptional coffee