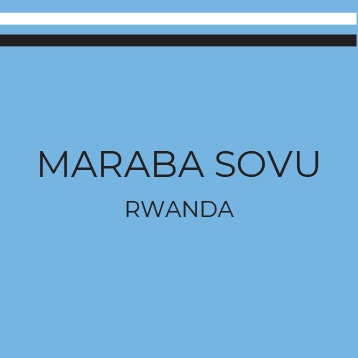 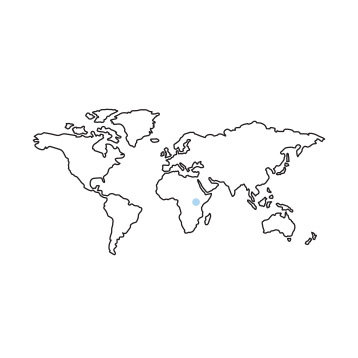 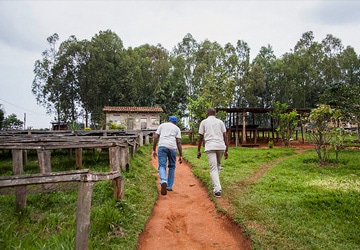 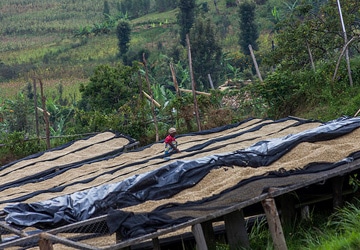 About Maraba Sovu (with thanks to Melbourne Coffee Merchants)

Maraba Sovu (pronounced “ma-rah-bah so-voo”) is among the four coffee washing stations owned by the Abahuzamugambi Ba Kawa Maraba Cooperative, which also includes Kibingo, Kabuye, and Cyarumbu. The cooperative is composed of 1,372 members and around 400 farmers who supply cherry to Sovu Washing Station, the smallest of the four.

In the local language (Kinyarwanda), Abahuzamugambi Ba Kawa means ‘Together we work the coffee’. This name is very fitting: this cooperative, established in 2001, was one of the first coffee cooperatives (if not the very first) to arise in the wake of the devastating 1994 genocide, and it has since become a refreshing symbol of hope and progress in the community and coffee sector. The cooperative and its washing stations were set up as model operations to showcase how to go about setting up and processing coffee to maximise quality potential. Many leaders in the specialty coffee industry in Rwanda started their career at Maraba, including Epiphanie of Buf Cafe.

All of the cooperative members of the cooperative are very small-scale producers who typically own less than a quarter of a hectare of land, on which they cultivate an average of only 100–300 coffee trees each along with other subsistence food crops such as maize and beans.

By selling their coffee to Abahuzamugambi Ba Kawa Maraba, these small-scale farmers are able to combine their harvests into large enough quantities for export and process cherries centrally. Abahuzamugambi Ba Kawa Maraba was the first cooperative to build a washing station in Rwanda, and as such it has been set up as a model operation, with every stage of production considered and established in the best possible way.

Before the proliferation of washing stations and cooperatives in Rwanda such as Abahuzamugambi Ba Kawa Maraba, the norm in Rwanda was for small farmers to sell semi-processed cherries on to a middleman—with the market dominated by a single exporter. This commodity-focused system—coupled with declining world prices in the 1990s—brought severe hardship to farmers, some of whom abandoned coffee entirely. Today, it’s a different picture. Farmers who work with Abahuzamugambi Ba Kawa Maraba have seen their income at least double, and the cooperative produces outstanding lots for us year after year.

As it has evolved over the years, the cooperative has grown to encompass various communities of coffee growers in the Huye district. The cooperative provides these members with agricultural training and support around quality and productivity to help them to continue to improve their output. In addition, they have established various social programs, including health care, school fees, and medical insurance that greatly contribute to the livelihoods of their members.

ABOUT THE SOVU WASHING STATION

The Sovu Coffee Washing Station was constructed in 2005, and is managed by Havugimania Sylveren and overseen by Maraba manager Biziyaremye Theophile, who has a extensive experience and knowledge when it comes to quality coffee production. They have recently finished construction of a warehouse so coffee can be safely stored onsite, a new water treatment facility has been put into place, and have upgraded their mechanical cherry sorter to help further improve cherry sorting and quality control.

Maraba, and specifically the Sovu washing station, has consistently been recognized for quality including numerous Cup of Excellence awards in 2008, 2011, 2012, 2013, and 2015. This is no small accomplishment, and this year’s offering is right up with these exceptional lots.

HOW COFFEE AT MARABA SOVU WASHING STATION IS PROCESSED

The team at Sovu Washing Station take a huge amount of care in sorting and processing their coffee. They own their own dry mill which enables them to control quality all the way through to export.