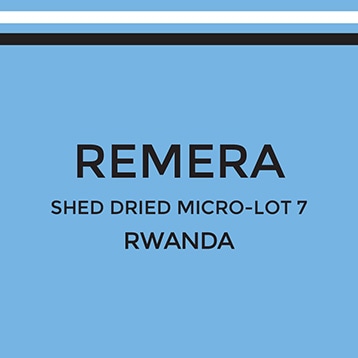 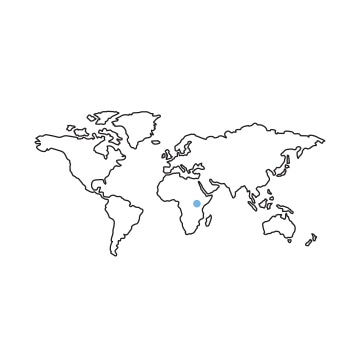 A complex and well-structured coffee with smooth caramel mouthfeel and notes of blueberry, orange blossom, and cherry.

About Remera Shed Dried Micro-Lot 7 (with thanks to Melbourne Coffee Merchants):

This a very special six-bag micro-lot is an experimental lot from Sam Muhirwa, who is one of the owners of Buf Coffee. Sam is the son of Epiphanie Mukashyaka and oversees the daily operations at Buf. Sam is extremely passionate about quality, and is curious, open, and committed to finding new and creative ways to produce exceptional coffee.

This coffee was meticulously sorted and processed and then dried in Buf Coffee’s new purpose-built sheds. Being dried in the purpose-built shed brings many gains: first, it enables better control over the drying process. The shed has many trays with curtains that can be opened or drawn closed or as the managers see fit to control airflow and temperatures. In the shed, the coffees are not exposed to direct sun or any elements, and so dry slowly and evenly. A dedicated team ensures the coffee is continuously turned and sorted within the confines of each tray. The end result is a cleaner and more defined cup profile, and, due to the slower drying time (4–5 weeks versus 2–3 weeks for traditional sun dried coffee) the lots also tend to have better longevity. This processing method is much more labour intensive than sun-drying, but more efficient in terms of space, as several layers of coffee can be stored on top of each other.

Sam is not one to do things in halves, and has invested heavily in building the sheds and is committed to seeing if this method of processing will improve the cup profile as he learns more about how to tweak his methods to positively impact cup quality. We were blown away when we saw these sheds in action this year (there are over 10 rows of coffee, requiring staff to use tall ladders to inspect and turn the coffee!) and we are very excited to taste how these coffees land and perform over time.

The Remera washing station is managed by Elias Dusabeyezu, who has been manager at Remera since 2007. The warehouse is impeccably managed by Alex Dushimimana and quality is overseen by an inspirational woman called Angelique Muhawenimana, who started her career as a coffee sorter and now heads up quality control at both of Buf’s washing stations. Together, they ensure that the coffee is harvested and processed with care and that production standards are kept at the highest possible level. Remera provides jobs for 60-80 people during the peak harvest and staffs seven permanent positions. At the end of each season, any surplus profits are shared with the producers and washing station managers.

HOW THIS SHED-DRIED COFFEE IS PROCESSED