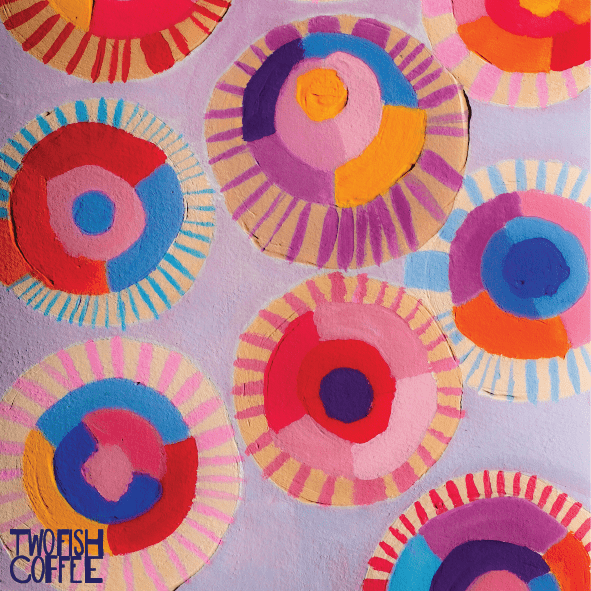 Sweet and juicy with excellent clarity. Cherries, apples and almonds.

About Mbilima Women’s Coffee – Organic (with thanks to Melbourne Coffee Merchants):

This special 1,200kg micro-lot was produced by 115 female farmers who own and grow coffee on small farms in the hills surrounding Mbilima washing station, located in the Coko Sector of Gakenke District, in Rwanda’s rugged and mountainous Northern Province. The women are members of the Dukunde Kawa Cooperative, who own and manage Mbilima along with two other nearby washing stations.

Recently the women of Mbilima banded together and made the decision to process and market their coffees as their own. The women are part of the Rambagira Kawa Cooperative, a smaller group within Dukunde Kawa that was formed by female coffee producers to share support and resources with each other. Many of the founding members were widowed by the 1994 genocide and relied upon each other for farming and financial advice. The group is now open to all of the female members of Dukunde Kawa and has grown to 249 members.

To distinguish their coffee and ensure it is processed separately, the women have organised to deliver cherry to the washing station on certain days of the week. Selling their coffee as a separate lot allows the women to directly benefit from any higher prices paid specifically for their coffees (rather than these profits being shared equally amongst all members) and results in a higher income to support their families. This creates an effective incentive for the women to work as a collective towards achieving the very best quality, and we think the results are evident in the complex and clean cup profile of these coffees!

At a staggering elevation of 2,020 metres above sea level, Mbilima is one of Rwanda’s highest washing stations. The area surrounding the washing station has mineral-rich soil and a lush environment that is well suited to specialty coffee production. The washing station was established in 2005 and services about 459 Dukunde Kawa cooperative members who live and grow coffee locally.

Typically, farms in this area are very small – averaging just a quarter of a hectare – and are situated between 1,800 to 2,100 meters above sea level. Coffee is grown as a cash crop, alongside subsistence food crops like maize, beans and sorghum and some livestock like goats, chickens and sometimes cows.

By Rwandan standards, Mbilima washing station is quite small, receiving cherry from only 459 local producers in the area. Three permanent staff and 51 seasonal workers are employed by the washing station – most of whom are women (pictured at the top of this page is one of these employees, Anitha Mukandamira).  Quality control and day-to-day operations at Mbilima are overseen by John Bosco Habimana, who has been the washing station’s manager since 2012.

Mbilima has recently become 100% organic, Rainforest Alliance certified, UTZ certified, and Fair Trade certified. John Bosco explained that becoming certified has been extremely useful in formalising and documenting a lot of things that the cooperative was already doing. “It has helped us to better the lives of our producers and quality of our coffee. It’s been a lot of work to get the certifications,” he explained, “but it also made us realise how many positive things we were already doing. The certifications reinforce this.”

The Dukunde Kawa Cooperative was established in 2000 and built its first washing station, Ruli, three years later, with the help of a development loan from the Rwandan government. The cooperative was resourced and supported by the USAID-funded Partnership for Enhancing Agriculture in Rwanda through Linkages (PEARL)program. This transformational program was aimed at switching the historical focus of the Rwandan coffee sector from quantity to one of quality. In doing so, it opened Rwanda up to the far higher-earning specialty coffee market. The program and its successor, Sustaining Partnerships to Enhance Rural Enterprise and Agribusiness Development (SPREAD), have been invaluable in helping Rwanda’s small-scale coffee farmers rebuild their production in the wake of the devastating 1994 genocide and the 1990s world coffee crash.

Dukunde Kawa is a member-owned cooperative, made up of 1193 small-scale coffee producers. By becoming members of Dukunde Kawa, these farmers are able to process their cherries centrally and combine their small, individual harvest into volumes that are large enough for export.

Before the proliferation of cooperatives and centralised washing stations in Rwanda, small farmers sold semi-processed cherries on to a middleman, and the market was dominated by a single exporter. This commodity-focused system – coupled with declining world prices in the 1990s – brought severe hardship to farmers, some of whom abandoned coffee entirely. Today, it’s a different picture. Farmers who work with Dukunde Kawa have seen their income at least double, and the cooperative produces outstanding lots of coffee for us year after year.

Dukunde Kawa has a very transparent relationship with its members. Farmers receive their first payment for their coffees when they deliver fresh cherry to the cooperative owned washing station. The set price/kg rate is related to a minimum farmgate price set at the beginning of the harvest period by the Rwandan government, through the National Agriculture Export Development Board (NAEB). Dukunde Kawa members are paid fair prices above the minimum farmgate rate, which increase throughout the season according to quality and competition. Importantly, the farmers also receive a second payment after the coffee is sold, which is worked out according to the premiums the coffee attracted due to its quality and market competition.

In an effort to continuously assist members to improve the yield and quality of their coffees, the cooperative provides agronomy training and access to discounted fertilisers and organic pesticides. They have also established a training space at their headquarters and a model farm, which is used to demonstrate best practices in coffee farming.

In addition to the great work that the cooperative does with quality improvement and assurance, it also operates various social programs that greatly contribute to the livelihoods of its members. Assistance with school fees and medical insurance is provided and members also have access to a ‘Farmers Savings Account’ which provides a line of credit to assist with costs like health care, farming materials, domestic improvements and more.

WHAT MAKES THE DUKUNDE KAWA COOPERATIVE SO SPECIAL

‘Dukunde Kawa’ means ‘love coffee’ in Kinyarwanda (Rwanda’s official language). The name was chosen to symbolise the power of coffee as a means to improve the livelihood of small-scale farming families in rural communities.

One of the most impressive and defining things about Dukunde Kawa is their innovative and dynamic approach. We have been working with this cooperative since 2008 and every time we visit, we’re blown away by the new investments and advancements implemented to improve the lives of its members and their families, and to ensure the highest quality of coffee possible is produced.

For example, in 2015 the cooperative built a dry mill at Ruli washing station. This sort of infrastructure is usually only found in the urban centre of Rwanda’s capital city, Kigali. It is a significant and commendable investment – not only does this mean the coffee does not have to travel to Kigali to be prepared for export, but it also gives the cooperative more control during the milling and preparation of the coffee and allows for more micro-lot separation and experimentation.

Additionally, the cooperative has invested in many initiatives to improve the overall income for its members and their families. In 2016 they built a dairy refrigeration facility to help generate off-season income for the members through the sales of dairy products like yoghurt, cheese and milk. This program also benefits the community as these products are now available to its families, which in turn helps improve the nutrition and health of the people. Plus, cow manure is a very useful fertiliser for coffee trees! In 2019 Dukunde Kawa installed a pasteurisation machine with the help of MCM and the Australian coffee community. This investment has enabled the farmers to sell their milk to the local hospital and further afield in Kigali for higher prices.

In 2019 Dukunde Kawa also opened a community room for the 289 female members of their cooperative, who form a smaller group within Dukunde Kawa, called Rambagira Kawa. This was a joint project between Dukunde Kawa and MCM, and the objective was to create a space where the women could gather to create handicrafts (another important source of revenue outside of coffee production) and, even more importantly, connect and support each other (many of the members lost family or partners in the genocide). Currently, over 200 women use the space, and they love it. “We share our learnings amongst each other, so we can provide opinions from one to another … our solidarity is something we can build on”, says Odette Murekate, the leader of the women’s group.

We feel so lucky to work with Dukunde Kawa. When we first started working with the cooperative over a decade ago, the president at the time, Anastase Minani, explained that their goal was to be the very best cooperative in Rwanda. We think they’re well on their way to achieving this goal, and we are excited to have been able to share this journey with them.

The team at Dukunde Kawa takes a huge amount of care in processing its coffee. All members of the Dukunde Kawa Cooperative are trained to only select ripe coffee cherries from their trees.

After reaching 11% humidity, the coffee is then transported to Dukunde Kawa’s purpose-built warehouse prior to final dry-milling and hand sorting at the cooperative’s dry mill.

Coffees from this area are sweet and complex, with exceptional character. We love supporting the women of Mbilima washing station by featuring their coffee as a separate lot. This year’s lot is sweet and distinct, with abundant red fruit and chocolate notes.

We feel so lucky to work with Dukunde Kawa. When we first started working with the cooperative over a decade ago, the president at the time, Anastase Minani, explained that their goal was to be the very best cooperative in Rwanda. We think they’re well on their way to achieving this goal, and we are excited to have been able to share this journey with them.